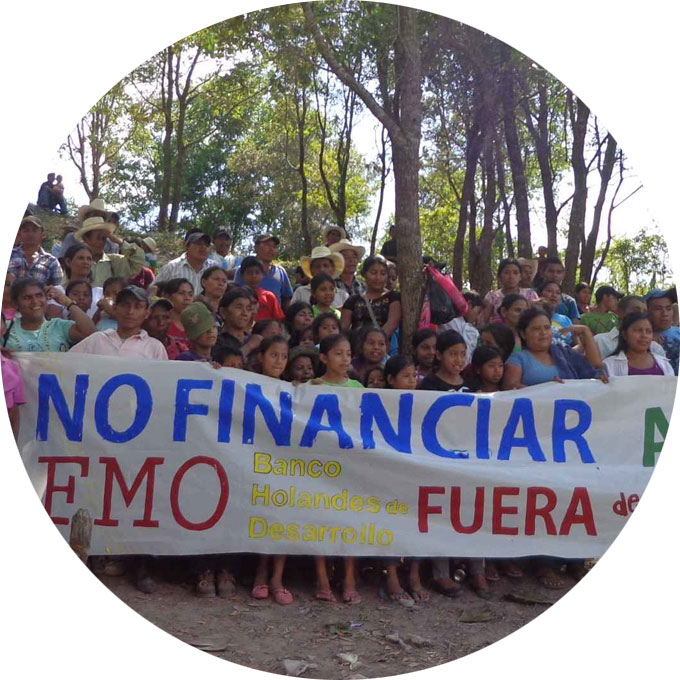 The murder of 43-year-old Berta Cáceres, the Lenca leader of the Honduran federation of Indigenous groups COPINH, in March 2016, sent shockwaves around the world. Berta was killed for leading the indigenous resistance against the Agua Zarca hydro project, planned on the Gualcarque river in Honduras, after years of death threats and intimidation. The river is considered sacred by the Lenca people, who depend on it for subsistence, and COPINH had spent years demanding that the main financiers of the project, Dutch development bank FMO and Finnish Finnfund, acknowledge the right of Indigenous groups to withhold their consent to the project. Despite their efforts, in 2014 both development banks approved a loan to support it. By this point, one Indigenous activist opposing the project, Tomas Garcia, had already been killed. Yet it took further violence and murder of activists opposing the dam before the project’s funding was suspended, and FMO and Finnfund withdrew from the project.