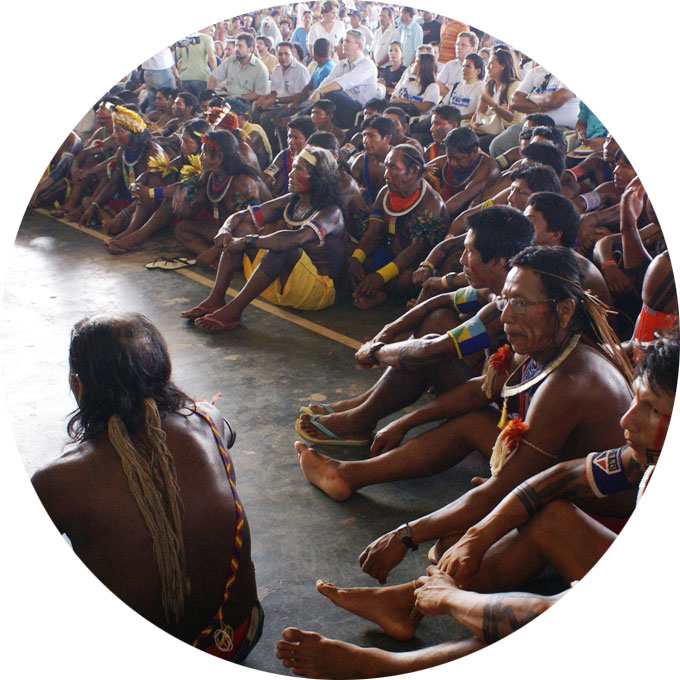 The Belo Monte Dam on the Xingu river in Brazil will be, once fully operational, the world’s thirds largest hydroelectric complex. The project consists of two dams, one artificial canal, and two reservoirs. Norte Energia S.A. (NESA) is the consortium leading this project.  Indigenous peoples and social movements in the region have fought its construction for more than twenty years.

Belo Monte will divert eighty percent of the Xingu River’s flow, devastating an area of over 1,500 square kilometres of rainforest, and impacting the land and livelihoods of thousands of riverine, urban communities, and Indigenous Peoples from several neighbouring areas. The river basin is home to 25,000 Indigenous People from 40 ethnic groups, and the majority are projected to be displaced by the project.