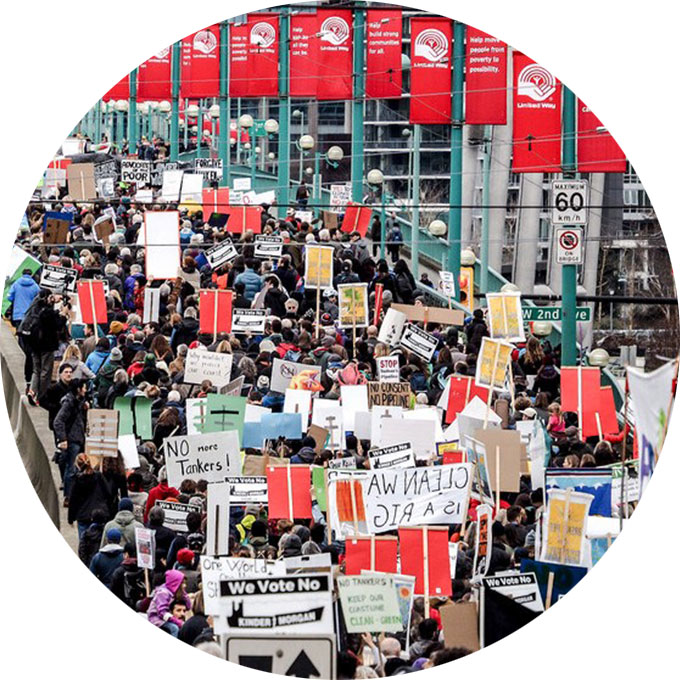 TMEP is one of a handful of pipeline projects which are together designed to accommodate a massive increase in production from Alberta's tar sands industry. Most tar sands extraction takes place in giant open-pit mines, with disastrous impacts on the area’s biodiverse boreal forest. The tar sands then needs to be turned in heavy crude oil – a process requiring a huge amount of energy. In addition, the original Trans Mountain Pipeline has a history of oil spills, and the planned expansion is being fought by many First Nations peoples whose rights and territories will be directly impacted.